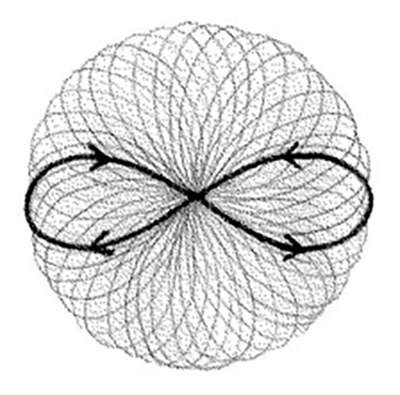 vibroBod was initiated for a Visiting Research Fellowship on the eSense project, at the Pervasive Interaction Lab at Open University, Milton Keynes. Researchers on the eSense project, in particular Jon Bird and Paul Marshall, have been recreating and recontextualising Paul Bach-Y-Rita’s vibro-tactile display experiments, to explore how technology might be used to sensorially extend the body. I was invited by Professor Yvonne Rogers, head of the Lab to collaborate with Jon to see how our research might intersect.

I proposed a wearable vibroTactile display that makes visible an invisible matrix of dots that surround the core of the wearer (see above image by Zoe Laughlin). These dots are rendered “visible” by literally passing through the corresponding points in space with the hips. Initial brainstorming and some technical experiments were undertaken with Jon Bird at the Creative Systems Lab at Sussex University, in February and March 2009. The work is being further developed at Nottingham Trent University, in the school of Architecture, Design and the Built Environment.

The first iteration of vibroBod, vibroBod(I) will be a human wire-loop game. Once vibroBod(I) has been realised and tested, further iterations of the work will be developed to examine if we can use such an interface to create an interaction space within which people will move in strange and extra-normal ways as they follow their personal logic of “drawing” with their hips in positive and negative vibratory space, interacting in their own idiosyncratic ways with the matrix.

More information will be posted as it becomes available.

In-kind support from the Creative Systems Lab at Sussex University, UK
and Nottingham Trent University School of Architecture, Design and the Built Environment