The future of wearable technologies

This video is a co-production between SBS World News and The Conversation. It was created to accompany the following article, originally published 12 March 2014.

Technology has always been crucial to the development of fashion, but as technology advances, it is being more and more closely integrated into our clothing.

Fashioning science: the next revolution in wearables 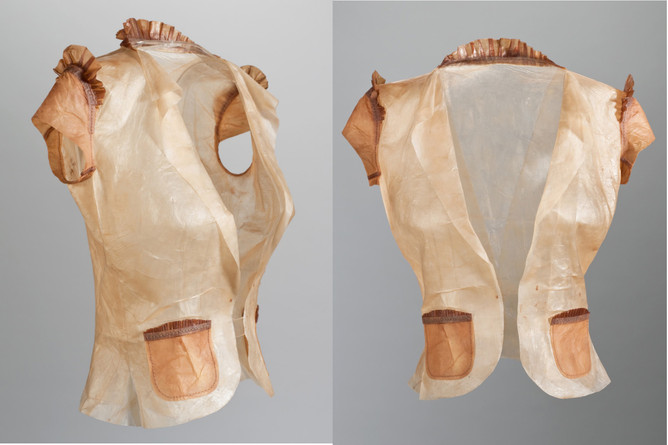 Fashion has been slow to engage with wearable technologies, but this is all changing very quickly, now extending beyond digital technologies to cutting-edge fashion and science collaborations.

This Thursday, as part of the 2014 Virgin Australia Melbourne Fashion Festival’s Cultural Program, the Wheeler Centre will host a discussion about the influence of gaming on wearable technologies, and what our fashion futures might look like.

To extend the discussion, this article provides a snapshot of projects that bring together science, engineering, design and fashion in fundamental ways, to radically re-imagine what wearables of the future might be. These projects look to biological and materials sciences for new ways of re-thinking fashion.

When people think of wearable technologies, they might think of engineering innovations such as Google Glass or head-mounted displays used in gaming.

Such concepts are not new. Embedding a camera into eyeglasses was first proposed by inventor Steve Mann in the 1980s. What is new is that the engineering has caught up with the concept, and the product has finally been commercialised. The problem, from a fashion perspective, is that engineering-driven wearables such as these typically fail to engage with the full aesthetic potential of culture and clothing.

For technically sophisticated wearables to have a coherent and exciting future, the disciplines involved in creating them must come together. The challenges being confronted by designers and researchers presented here include how to facilitate fruitful collisions between fashion designers, engineers and scientists: experts who typically come from very different perspectives.

Pauline van Dongen is a Dutch fashion designer known for her work with wearable technologies. Her Wearable Solar project, a collaboration with Christiaan Holland from the HAN University of Applied Sciences and solar energy expert Gert Jan Jongerden, explores how to place solar cells close to the body so that the body can harness the sun’s energy and become a mobile source of electrical power. 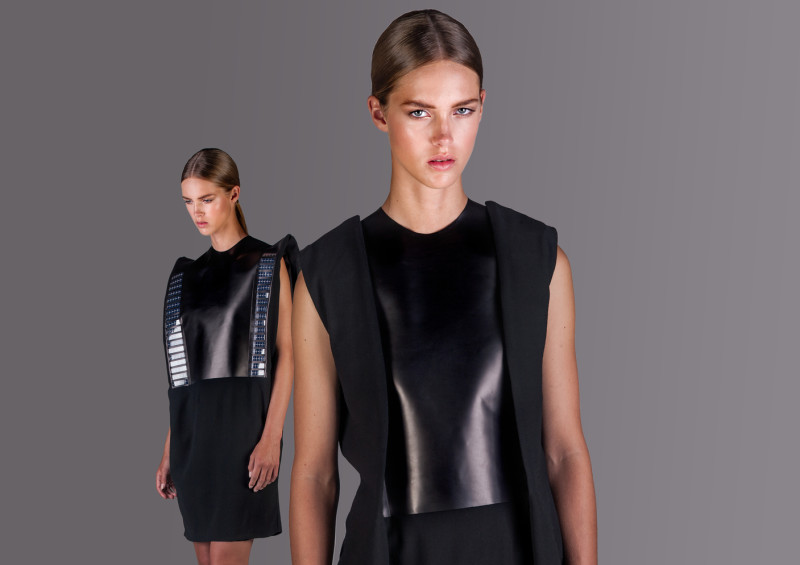 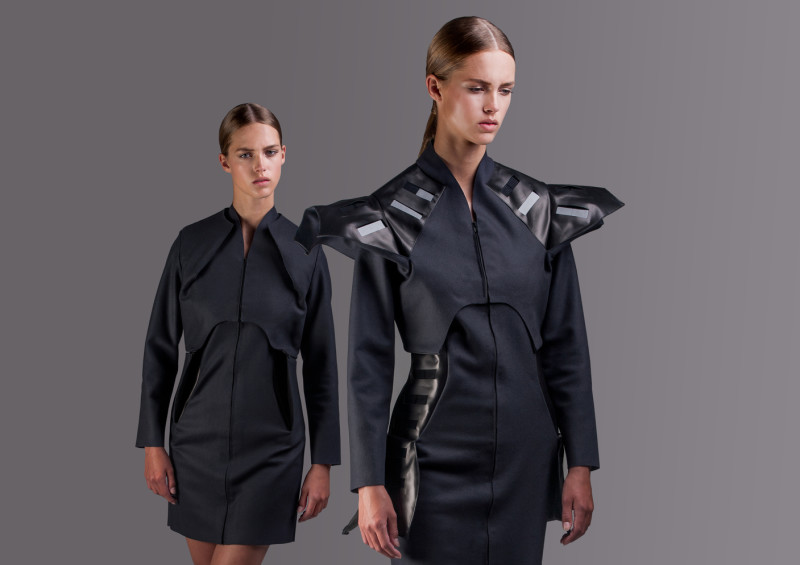 When worn in full sun for an hour, they can store enough energy to allow a typical smartphone to be 50% charged. The garments are functional, as well as fashionable, and demonstrate what can happen when a technology-literate fashion designer is involved from the outset in a project to develop new forms of wearables.

In Wearable Solar, van Dongen is paired with scientists and technologists specialised in the development of flexible solar panels, business developers, venture capitalists and entrepreneurs, whose aim is to facilitate the commercialisation of the eventual product. While the outcomes of the project have not yet been brought to market, all of the elements are in place to ensure timely realisation of a sophisticated, aesthetically resolved wearable solar garment.

The advantages of such an approach can also be seen in the work of artist and fashion designer Helen Storey and scientist Tony Ryan. Their first collaboration, The Wonderland Project, used fashion as a “Trojan horse” to progress, a radical, two-year exploration into biodegradable materials. The project was led by the slogan “Plastic is Precious”, and resulted in two very different outcomes: “Disappearing Dresses” and “Bottles that Become Flowers”.

The “Disappearing Dresses” were made from dissolving textiles designed by Trish Belford at the Interface research centre, at the University of Ulster. When exhibited, the dresses are hung from scaffolds, and gradually lowered into giant goldfish bowls of water, where they dissolve, creating vibrant underwater fireworks. The aim of the dresses is to capture the public’s imagination and invite them to question the environmental sustainability of the current fashion industry and what happens to used clothing. 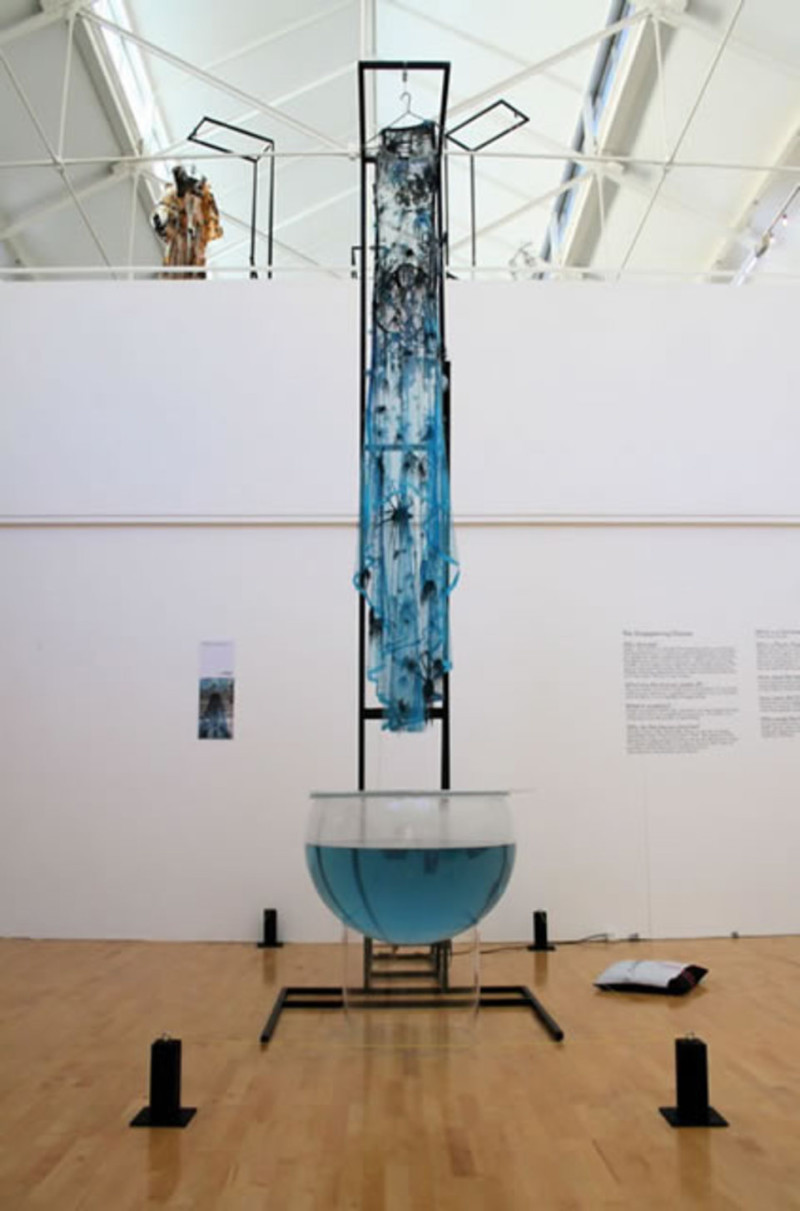 In a slightly different approach to the notion that “Plastic is Precious”, “Bottles that Become Flowers” explores intelligent packaging. Once finished with, these water bottles dissolve under hot water to form a gel in which seeds can be grown. The concept aims to highlight issues surrounding waste plastic. As Storey and Ryan point out, such an approach could revolutionise the packaging industry.

When they began working together, Storey had not imagined designing a series of dresses, but she and Ryan soon realised that a spectacular fashion outcome would generate more interest in their deeper, ethical drivers. The Wonderland Project has led to further research, exploring the use of nanotechnologies in Catalytic Clothing to create clothing that can purify the air that we breathe, and The Dress of Glass and Flame, a collaboration with the UK Royal Society of Chemistry and renowned Venetian glass studio, Berengo Studio.

Suzanne Lee, TED Senior Fellow, Senior Research Fellow at Central Saint Martins in London, and principal at the living materials design consultancy, Biocouture Ltd, is growing clothing using bacteria. As she explains in the video, below, she works closely with scientists, Alexander Bismarck and Paul Fremont from Imperial College London, to refine her techniques and make the clothing more wearable. Lee and her team also explore other nature inspired products, working with different industries to explore the development of living materials, and growing custom prototypes.

In the spirit of open source innovation, on her Biocouture website Suzanne discusses her evolving research, and provides recipes for how to grow your own Biocouture material.

Examples of science and fashion collaborations remain the exception, though we see increasing interest in the area, including here in Australia. In 2003, Edith Cowan University masters student, Donna Franklin, undertook a residency at SymbioticA, investigating the growth and staining of fabrics using funghi.

She developed Fibre Reactive, a white dress that was “colonised” by a living fungal growth, in rich reds, oranges and greens. Donna has also collaborated with scientist Gary Cass, making clothing out of Guinness and wine.

There are still many challenges to be overcome before this new generation of wearables is available to the public.

Integrating digital technologies into our clothing is perhaps the most accessible place to start, but looking to the life sciences and materials science is, arguably, the most inspiring path to radical innovation.

Playwear: Fashion, Interactivity and Technology takes place at the Wheeler Centre on March 13.